Ponzi Schemes Were on the Rise in 2019 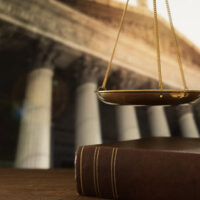 When things don’t make news or headlines, we tend to think that they are not actually happening. But when it comes to Ponzi schemes, that couldn’t be further from the truth. Although they don’t often make national news, Ponzi schemes are more widespread than you may think.

Rise in Ponzi Schemes for 2019

In 2019, Ponzi schemes surged by about 30% from the previous year. 2019 represented the highest number of total funds involved in Ponzi schemes for the previous 10 years. The 2019 fraud schemes represented over $3 billion in investor funds, wth an average sized scheme of just over $54 million. There were so many Ponzi schemes uncovered in 2019, that it equalled a new one being discovered every six days.

Of course, we don’t know whether 2019 was a one-time surge, especially because 2020, with the pandemic, will likely show a decrease from 2019 when the year is over.

Over a quarter of the people accused of running Ponzi schemes called Florida home (California was second).  But big states aren’t the only ones getting involved in fraud. Even smaller states like Delaware or Rhode Island had schemers show up on the 2019 list of Ponzi schemers.

When it comes to gender, however, not much has changed; men made up about 90% of the people accused of running schemes.

Despite the rise in Ponzi schemes in 2019, the number of people sentenced remained about the same—43 in 2019, as compared to 45 in 2018. The average sentence was 132 months, with the largest sentence being 50 years (compare that to noted Ponzi schemer Bernie Madoff, who is still serving a 150 year sentence for one of the largest schemes in history, having run a $65 billion scheme).

What makes enforcement even tougher is that scammed investors tend to be unaware they are being victimized until the economy or the stock market crashes. They then try to withdraw or take out their funds, only to realize those funds were never really there.

Where are the Numbers Going?

Although these numbers are huge, they pale in comparison to the heyday of Ponzi schemes, during the financial crisis of the 2000s. Many fear that this recent uptick in Ponzi schemes indicates a return to those days when fraud was rampant. This may be because scammers tend to prey on people who are more desperate, as they tend to be when economies sour, or because schemes tend to thrive during periods of government deregulation.

In fact, the Securities and exchange Commission has been less aggressive in pursuing Ponzi schemes. In 2019, the SEC conducted or opened 827 investigations, despite opening 869 investigations the year beforehand.

We can help answer your tax law, or Ponzi scheme questions if you feel you may be a victim. Call the Florida Ponzi scheme lawyers at Lehman Tax Law at 561-368-1113 for help today.