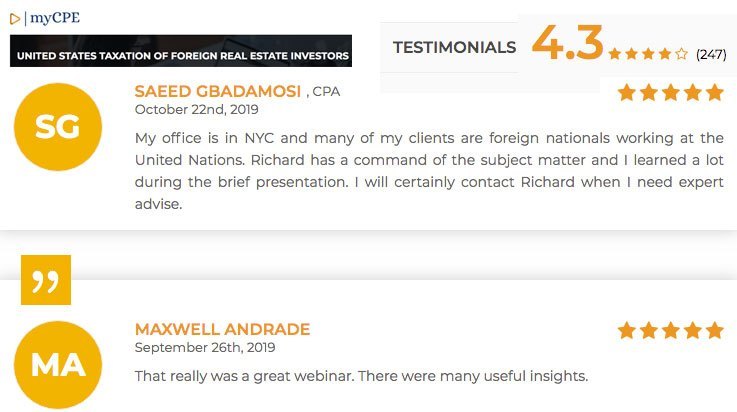 The boom in United States real estate caused by foreign investors is about to get bigger as a result of greatly reduced U.S. income taxes for nonresident aliens and foreign corporations.

Because of the new Trump tax law, (“The Trump Tax Cut & Jobs Act”) a foreign investor could receive a forty percent (40%) reduction in the U.S. income tax of his or her gains and income from their real estate investments. For those foreign investors who already were invested in U.S. real estate, their after tax returns could now be forty percent more valuable without raising a finger.

Taxes on U.S. real estate income will now be lowered to tax rates of 21% for corporations, both foreign or domestic. With U.S. home inventories low, a world in turmoil and many countries around the world continuing to charge high tax rates, the flow of foreign investment seeking real estate in the U.S., caused by the Trump Tax Bill can only greatly increase the desires of the rest of the world to own a piece of America. DOWNLOAD FULL ARTICLE AS PDF.